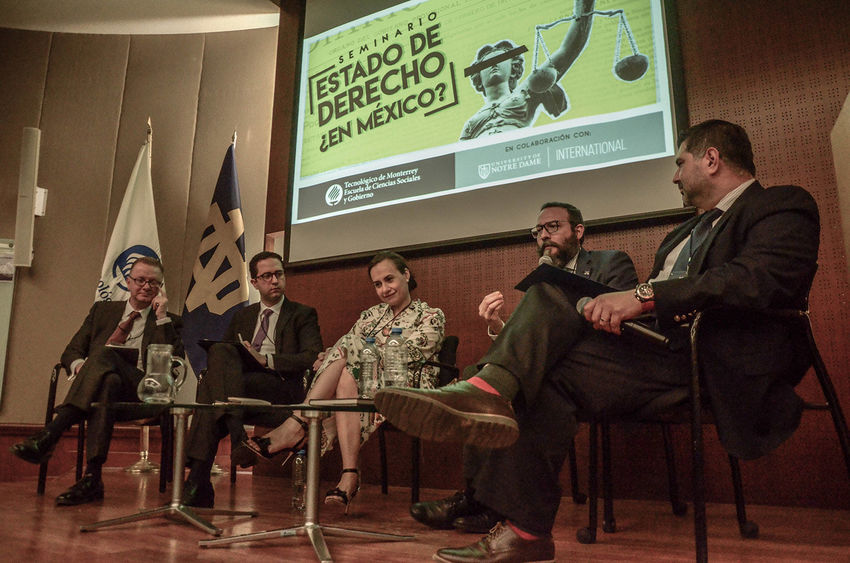 Mexico needs data, transparency, stronger institutions, teaching reform and a sense of urgency in addressing the weak rule of law, a pressing subject in the country of 130 million that has seen record numbers of homicides and disappearances around drug trafficking and organized crime.

That was the conclusion of a Mexico City conference April 23 sponsored by the University of Notre Dame and the Tecnológico de Monterrey, Santa Fe campus, a collaboration that marks Notre Dame’s increased involvement in cross-border issues and growing partnerships with universities in Mexico.

Mexico has passed major judicial and other reforms in the last decade. But it has been unable to address the impunity and corruption that has led to a social breakdown from violence. Panelists noted that the country lacks an accurate accounting of the attacks and human rights violations on its citizens.

“Without a database, we’re in a worse place than we think. We don’t have social urgency. Many academics and citizens in general have no clarity about the dimension of the problem … the displaced, disappeared and assassinated with violence that one would usually find in a country at war,” said Roberto Lara, a law professor at Tec de Monterrey, in closing the conference. “The truth liberates us, because if we don’t know the truth, there’s very little we can do to advance.”

“The rule of law conference is part of this commitment to social betterment and to the common good and to human solidarity,” Noble said. “Notre Dame is committed to working together with Tec and our colleagues from other universities in Mexico to address these important, common social challenges … in a quickly changing and uncertain environment.”

“Civic education hasn’t been what it should be,” Piña Hernández said. “It’s necessary for universities to take on the social responsibility for citizens learning about rule of law.” 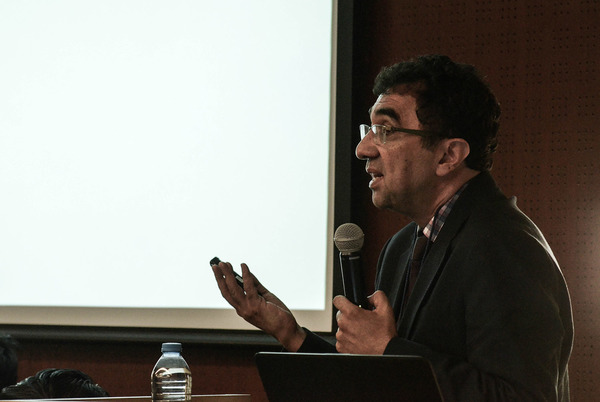 Guillermo Trejo, Notre Dame Associate Professor of Political Science, was a panelist at the conference

In the last 12 years, since former President Felipe Calderon declared war on the drug cartels, an estimated 150,000 people have died as a result of related violence, 40,000 are missing, more than 200 mayors and local authorities have been assassinated and authorities and citizens have uncovered 2,000 mass graves, said panelist Guillermo Trejo, Notre Dame associate professor of political science. And that doesn’t count hundreds of thousands who have been displaced by violence and the number of social activists, journalists and clerics who have been murdered as a result.

That’s just half of the problem, Trejo added. Ninety percent of crime goes unreported and 98 percent of incidents reported go unpunished. Trejo said the answer is a coalition of all segments of society - from human rights activists to business leaders - committed to change.

While Mexico has very good laws on the books, panelists noted, it lacks enforcement and public confidence in the legal system. What the country needs is concordance among all levels of society that human rights are not the agenda of the left or right, but universal - a goal supported by everyone from every region and economic level, Trejo said. He used the examples Chile and Guatemala, which suffered intense government-instilled violence during a dictatorship in the former and a civil war in the latter. Both went on to build democracies with strong judicial and prosecutorial powers.

“In Guatemala the people marched in the streets in defense of their prosecutors. When would we ever see that happen here? It seems like a joke,” Trejo said.

Notre Dame Law Professor Jimmy Gurulé, a former U.S. assistant attorney general, said there isn’t necessarily a clear definition or rule of law, dating back to before the Magna Carta, which established that no free man could be detained, imprisoned or impeded in any manner except under the law of the land. He talked about threats to rule of law in the United States, using the case of the special counsel, Robert Mueller, investigating collusion and obstruction of justice on the part of President Donald Trump and his 2016 campaign.

“The forces of President Trump to exercise pressure and political influence on the special prosecutor was an assault on the rule of law,” Gurule said. “In addition, the conduct of the president establishes a dangerous precedent that threatens the integrity of the criminal justice system.”

The panelists also discussed how universities and instruction must play a role in bolstering rule of law. Pablo González Domínguez (ND Law ’16), a staff attorney for the Inter-American Court of Human Rights, said there’s still a gap in Mexican law education between what students learn in the classroom and what they need for a better practice.

“You have to emphasize the importance of the rule of law and human rights in teaching but also in practice,” he said. “There has to be an understanding of what a public official can and can’t do in concrete situations, and if you don’t, there’s a big problem.” 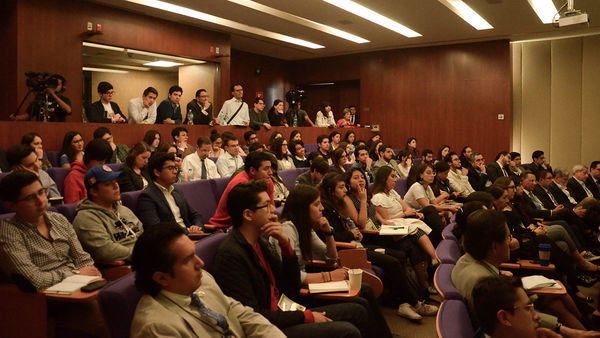 Students, scholars, and community members attended the event, which was standing room only

Notre Dame first signed a memorandum of understanding with Tec de Monterrey in 2014 to advance academic cooperation and faculty and student exchange, Noble said. Then in 2016, Notre Dame established a Global Center in Mexico City. Since then, Notre Dame leadership has visited Tec campuses in Monterrey, Puebla, Guadalajara and in the Santa Fe area of Mexico City. Through Notre Dame International’s Mexico Research Collaboration Grant program, the faculty of the two schools have collaborated in nanotechnology, biofuel production and engineering materials, Noble said. Notre Dame also hosted Tec leadership for a series of seminars on academic advancement and alumni engagement.

As part of its increased involvement in Mexico, the University gave its 2018 Notre Dame Award to the Colectivo Solecito de Veracruz, an organization of mothers searching for their disappeared loved ones who have suffered directly from the lack of rule of law in the country.

The conference developed following the successful 2017 session on rule of law in Brazil with the University of Sao Paulo Law School.